Monogramming is an age-old trend, dating back to early Roman and Greek rulers who used their initials to mark currency and other artifacts to signify their reign. Then, as centuries passed, personal monograms on belongings became an indicator of wealth and status. (Any fancy family crests come to mind?) But history aside (which you can learn more about here), monogramming is still seen today and has transformed into a modern tradition with new “rules”—rules we’re sharing with you all today!

Now, we say “rules” because nowadays monogram guidelines have become much looser, making it easy to add a fun and personal touch to tons of belongings, from towels, to clothing, to dishware, décor accents, accessories, and more. One thing is for sure: monogramming is no longer just for gifts from your grandmother. While some traditional monogramming rules are outdated, there are so many modern ways to make this trend work today, and we can’t get enough of it. Whether your style gears toward traditional, or you’re more keen on breaking the rules, there is truly a monogram style for everyone. After all, the purpose of monogramming in the 21st century is to have fun with it! So without further ado, let’s dive into the modern “rules” of monogramming… 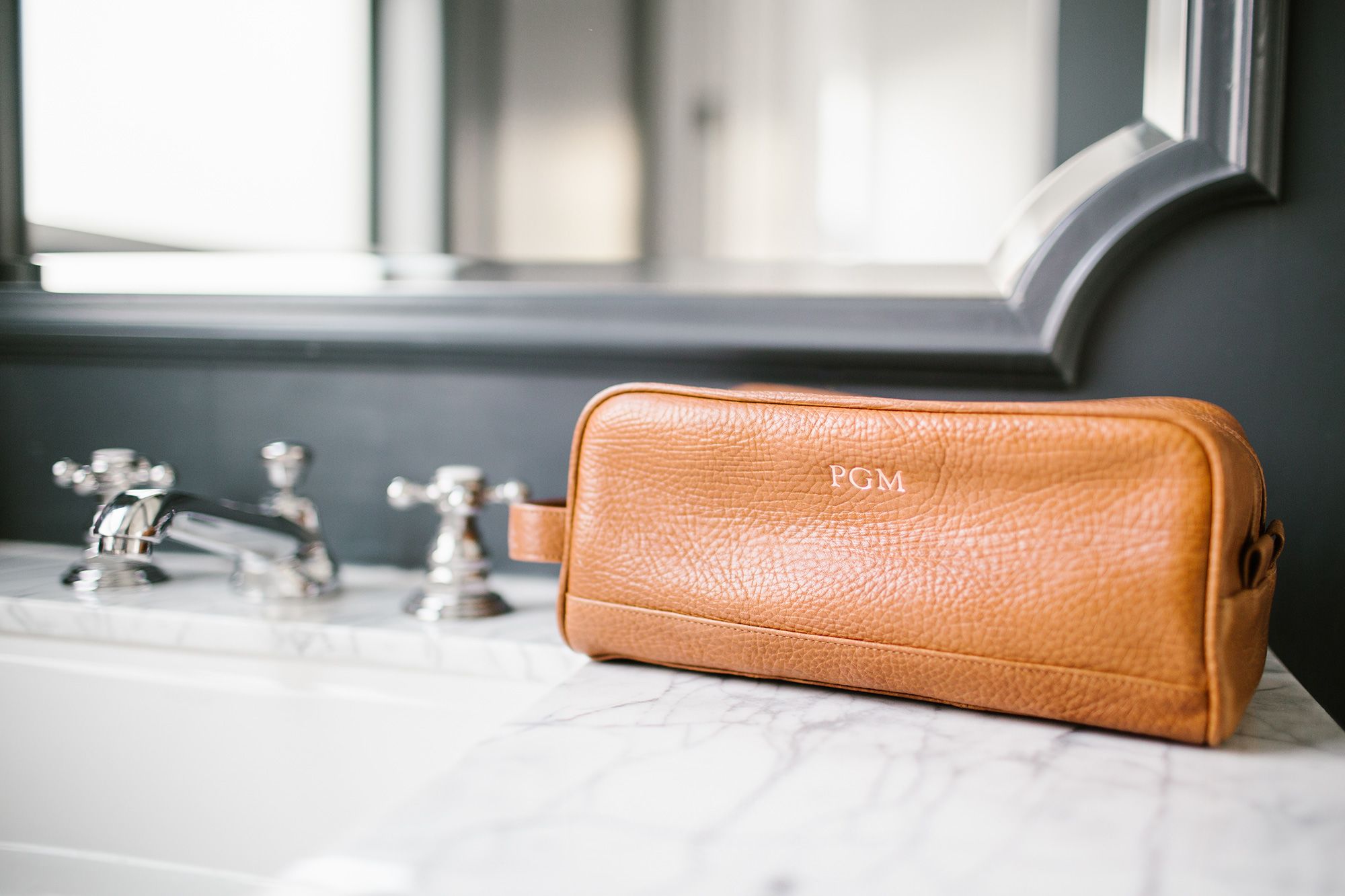 Traditionally, a name like Peter Gray Malin would be monogrammed as ‘PMG’, with the ‘M’ being larger than the two letters flanking the sides. However, don’t feel the need to limit yourself to this style. For a more modern take, try the three letter monogram, which is simply your initials in order from first to last name, or (first) (middle) (last), all in the same size font. Or, make things short and sweet by using only two initials of your choosing—they don’t even have to be your first and last name. For instance, Gray has gone by his middle name his entire life (bet you didn’t know that!), so it makes sense to use ‘GM’ for a two letter monogram, instead of the traditional ‘PM’.

2. Go for one bold initial.

While a single initial monogram would traditionally be the first initial of a last name or family name, in modern monogramming first name initials are becoming much more popular. For an even more modern take, try your first name initial in a large, contemporary, or colorful font for extra impact. 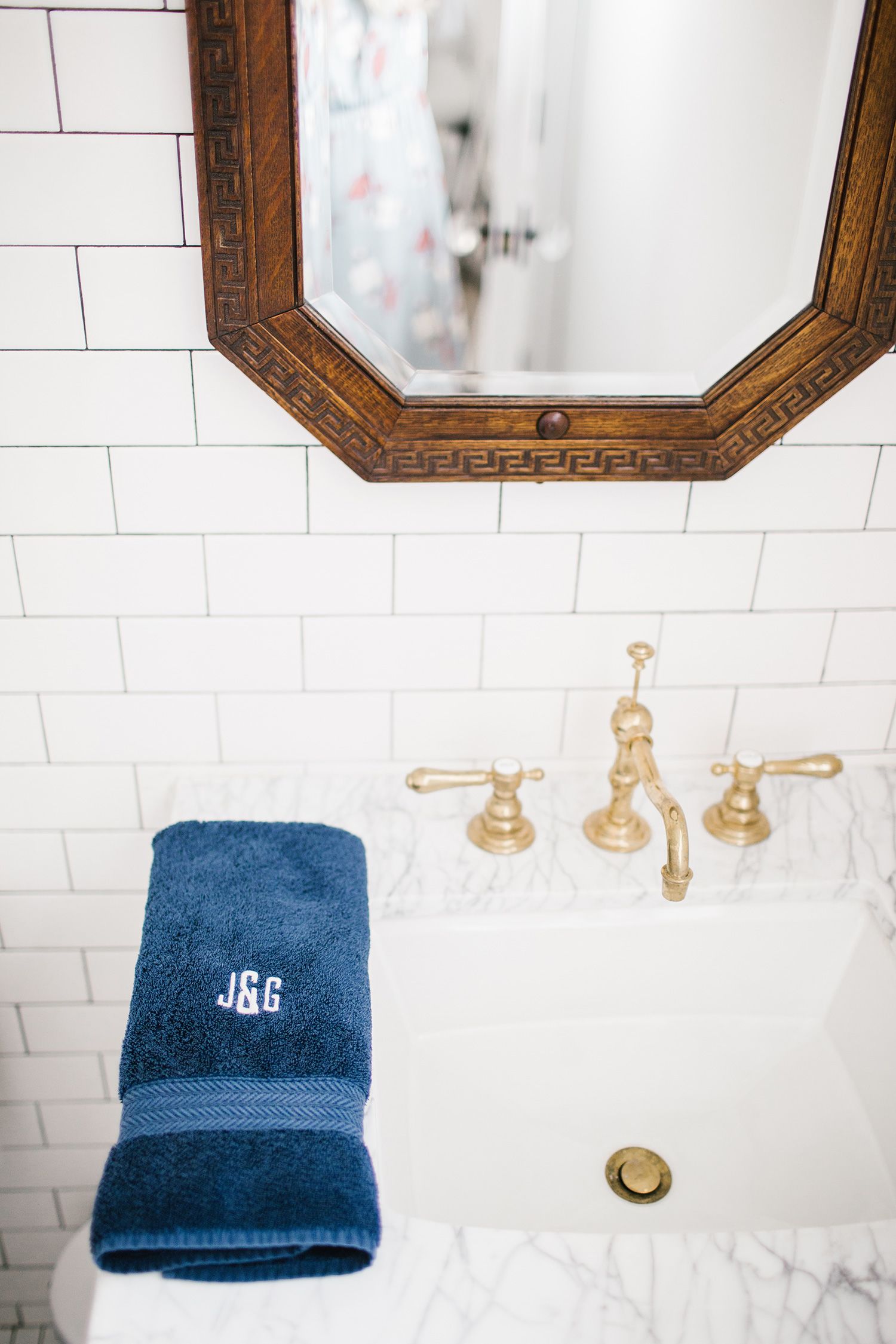 3. Combine couples’ initials in one monogram.

Back in the day, there were tons of rules about how to monogram initials for married people versus single people. If you ask us, these rules are a bit outdated (and just plain confusing to remember anyway). In modern monogramming, couples have much more freedom to choose whichever initials they please—especially since the tradition of taking a spouse’s last name isn’t the case for every couple nowadays. For instance, if both individuals keep their last name after getting married, both surname initials can be placed in the middle of a monogram. So for a couple like Gray Malin and Jeff Richardson, the monogram would look like ‘GMRJ’, with the middle ‘MR’ being larger than the rest of the text. The same applies to hyphenated last names. 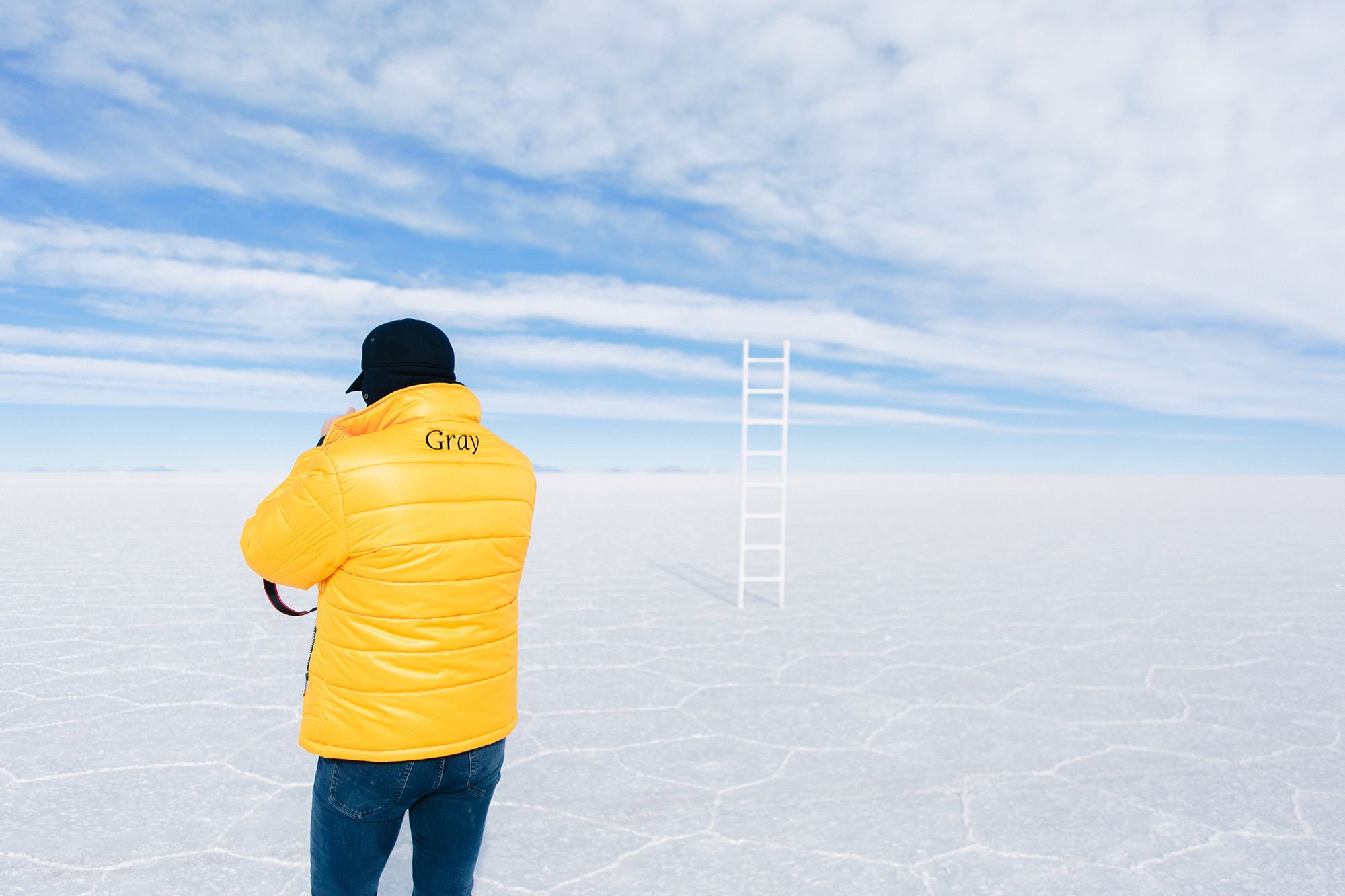 4. Opt for words instead of initials.

If initials altogether aren’t really your thing, then don’t run away just yet! One of the best things about modern monogramming is that it doesn’t actually require initials at all. For a personalized touch that is more cheeky and customizable, try a full word instead of letters. Think of words like ‘His’ and ‘Hers’ (or ‘His’ and ‘His,’ of course), ‘Boy’, ‘Girl’, ‘Male’, or ‘Female’, just to name a few. Or, for a sweet gift, have a piece of dainty jewelry engraved with ‘MOM’ or ‘Mama’, or any other title, nickname, or personality trait you can think of. Or if the medium allows, spell a word out in single letters (i.e. jewelry charms, throw pillows, etc.). The sky is really the limit! 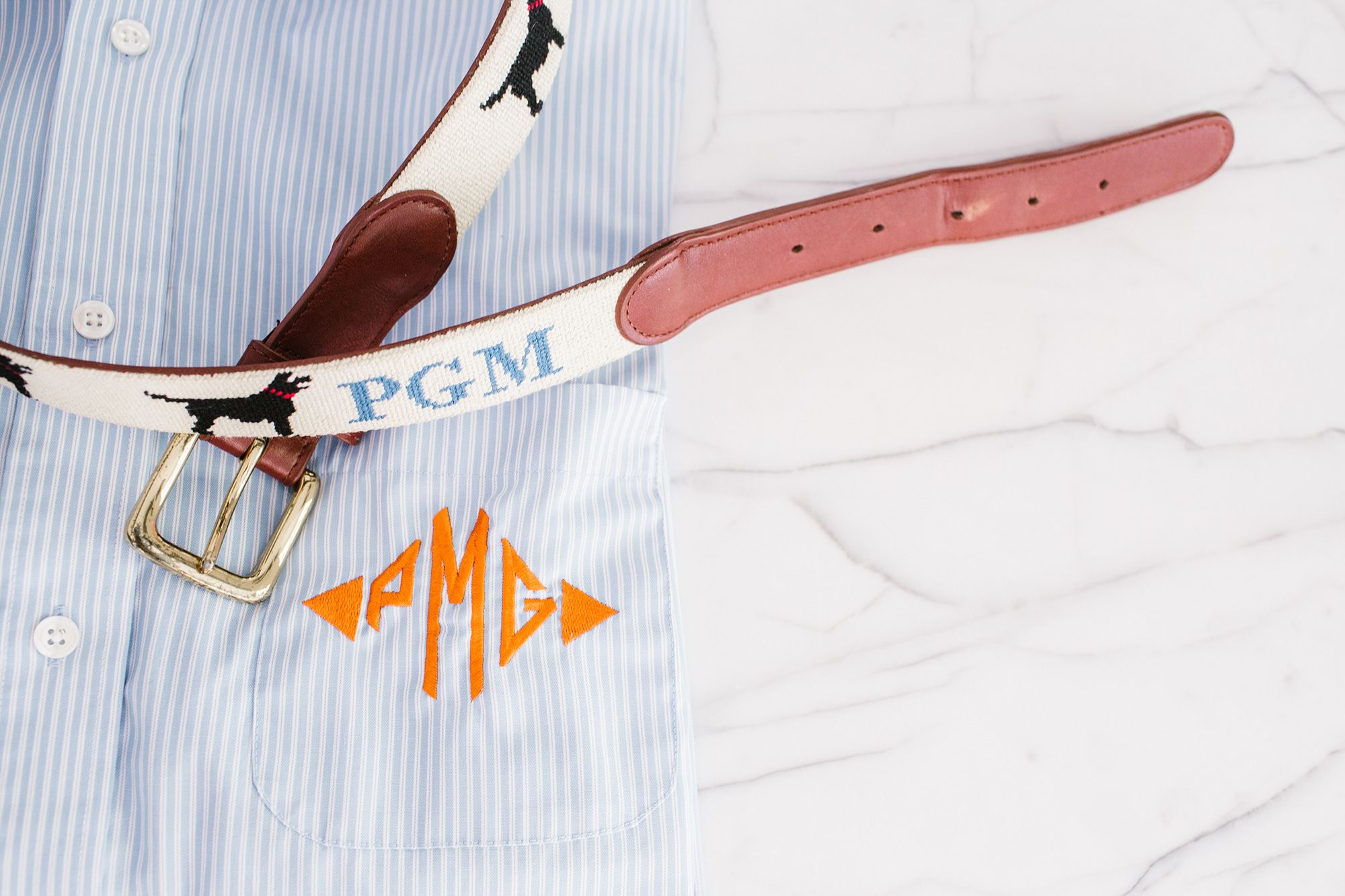 5. Let the personality dictate the design.

While traditional rules often say that script fonts are more feminine and block fonts are more masculine, this surely isn’t set in stone. When monogramming modern pieces, the key is to take into account the style of the piece, as well as the personality of the recipient. For instance, if you’re monogramming a delicate piece of gold jewelry, a flourishing script font may speak to the style of the piece the best. On the other hand, if you’re monogramming a sleek leather handbag, a simple block font without any frills will look chic as can be.

What would you monogram on your belongings? Are you as into this tradition as we are?

Traditional as it may be, we love this modern take on the trend and we don’t see it going anywhere anytime soon!